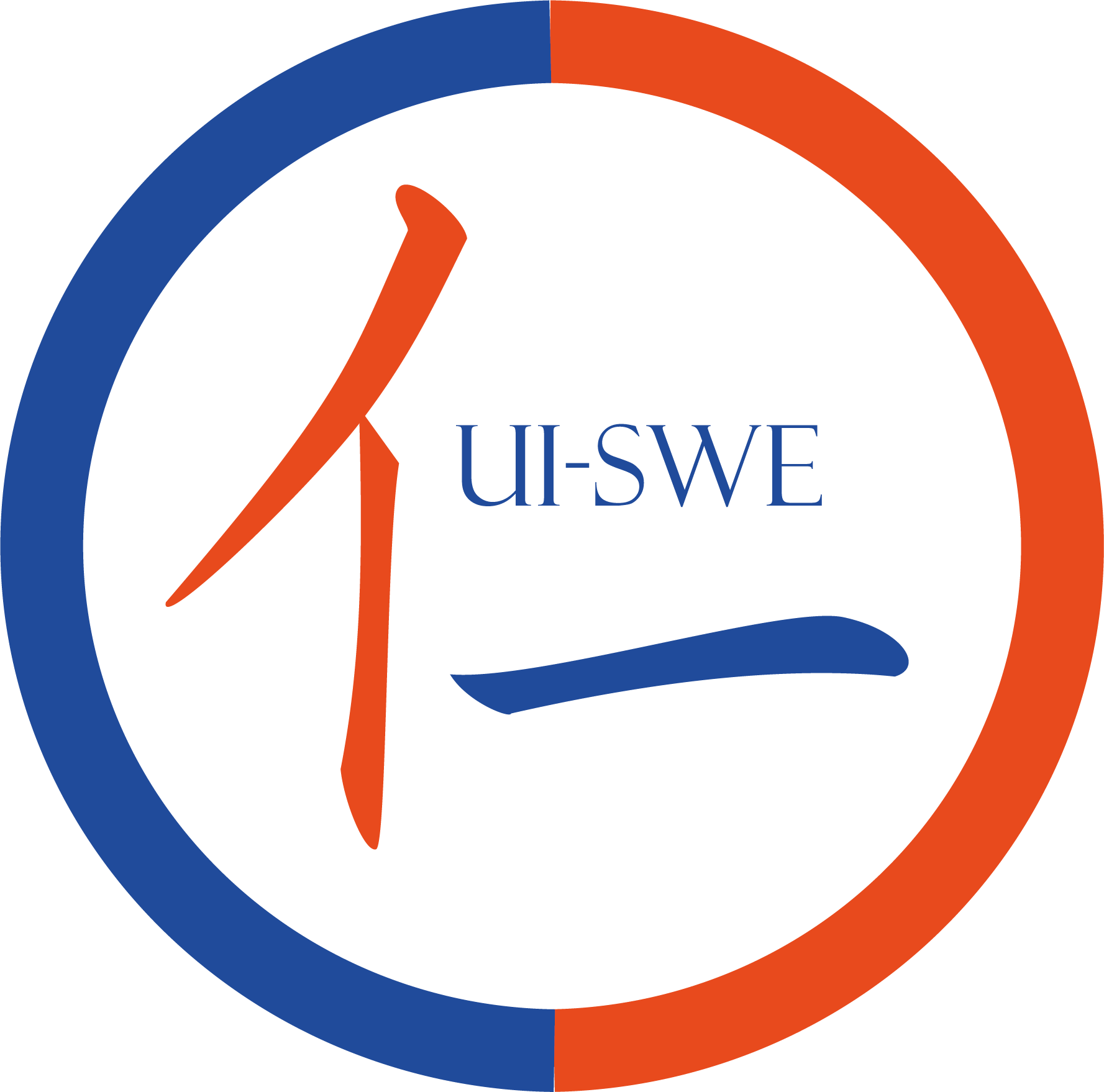 Chris used to work for The Metropolitan Police Service as an administrator, but after years of working in an office, the appeal started to wear off, so Chris decided to study a subject which would send him down another career path. At the time he was not sure what to study, but after giving it much thought, he decided to go to college to study massage therapy.

Whilst working in the MPS, there was some scope for Chris to use his massage skills on an unpaid basis where he provided pre & post massage treatments for officers at the Metropolitan Police Athletic Association Sports Day at Hendon Police Training College and also at New Scotland Yard where he raised funds for The Breast Cancer Campaign charity at the time.

Eventually gaining a part-time job at his first spa, where he worked for four years, Chris felt there was room for improvement and thought to himself, when it comes to natural therapy, which people are the best. Well, his answer was the Chinese, so he decided to surf the net, where he found out about Tui Na medical massage therapy. This led him to find a good teacher in the UK who taught him Tui Na and then several months later, Chris moved to China to continue his studies at Zhejiang Provincial TCM hospital, where he gained a certificate, and whilst in China, fulfilled one of his lifelong dreams of studying Kung Fu, Tai Chi and learning more about the culture.

As a leading masseur (massage therapist) in London with almost twenty years experience within the industry, Chris has worked at a number of establishments, especially some of the most prestigious and leading establishments, namely K West Hotel & Spa, Equinox Fitness Club, The South Kensington Club and his favorite Bliss Spa Chelsea, where he worked for 5.5 years and which was the birth place of Tui-Swe, for it was there he first started to fuse Chinese Tui Na into spa based massage and body treatments, gaining awesome results, repeat bookings, new requests and providing him with a degree of uniqueness which set his treatments apart from his colleagues, as he was the only therapist who was doing this at the time.

Now on a mission to provide five star treatments to people whether that be white/blue collar workers, CEO’s, actors, scaffolders, models, athletes, DJ’s, musicians, celebrities or persons from any other walks of life who use massage as a preventative/rehabilitation treatment, or who just likes to be pampered, but who appreciates skill, quality and experience, Chris will provide this at your home, hotel room or workplace, as well as helping charitable causes and collaborating with seasoned health & beauty professionals in their chosen fields.

I have used Chris's services for years now. I often have problems with my upper back and shoulders as a result of my writing posture and intense workouts. Chris has unique techniques, a hybrid of Eastern and Western methods that really helped in improving my concerns. I always get a massage when ever I feel like I need to 'heal'. After he does a series of hand semantics I am put to sleep - and often wake up not sure where I am- it's like being transported into another world for an hour! Not only are his treatments unbeatable, but he is one of the most polite people I know.

Great treatment and calming music combined with a great model of care and a very professional therapist. I like it!

I have been looking for someone that could deliver an amazing massage and I found. You are absolutely fantastic, knowing exactly what I need. Thanks for making my day with your 90 minutes of total relaxation!

Translate to your Language

Popped to @crispyrollsuk today and bought some nice food for lunch at a very reasonable price. I just wish more places in Central #London were as reasonable as them #charingcross #spa #tuiswemassage #lunch ...

This ain't a post about #massage, but it is about something #beautiful which is a part of massage, love!
.
.
#love #appreciation #family #healing #deeptissuemassagetherapy #TuiSwe #energy #ancestors #London #uk ...

Hey, if you are ever in #Soho or nearby and you are feeling hungry, then get down to @dorothysdeli for a tasty treat!

When COVID-19 struck, I had not done any on-site work, so it was quite refreshing when I recently used my Tui-Swe on-site massage techniques on the staff at Compass Pathways via an agency. Ancient tried, tested and effective techniques fused with traditional on-site techniques to provide an even better treatment.
.
.
.
.
.
#onsitemassage
#tuina
#TuiSwe
#staff
#stress
#london
#company
#workforce ...

Hey guys, all of my @touchtuina family are good practicioners and here is another man (Adrian) @londonphysicaltherapy who has helped with my maintenance and can be found at the #touchtuinaclinic on Mondays and Fridays. Yes, even massage therapists need treatments, as we are all just #humanbeings.
.
.
.
#massage #China #Tuina #TCM #TuiSwe #deeptissuemassage #sportsmassage #London #health #massagetherapists ...

If anyone wants a #massage treatment and would prefer to visit me, you can do so @elements.hair salon in Soho, plus if you need your hair done, we have some talented #hairstylists here. You can choose #TuiNa #deeptissue #Swedish or the treatment I perform the best #TuiSwe #lovemassage #London #Chinese #Jamaican #Black #British #asianandblack #healthandwellness #eastwest #fusion #love #humanity ...

Treat yourself this Valentine's Book a massage❤
.
..
BOOK NOW TO RECEIVE SPECIAL RATES.

Should you think #DeepTissue is the best Western massage or #ThaiMassage the best Asian, or you just love #massage in general, Chris would like to offer genuine persons, the chance to experience a Tui-Swe massage (which fuses effective Chinese & Western techniques), in order to celebrate Chinese New Year 2022.

Enjoyed eating @ramenyokocho (Heddon Yokocho). Did not manage to make it to Panton Yokocho, but will do so next time, to which I am sure the food will still be just as good. Seeing my bowl of ramen before me, immediately brought back memories of watching #Naruto lol!
.
.
.
#ramen #heddonyokocho #pantonyokocho #japanesefood #massagetherapist #eat #goodfood #relax #enjoy #asian #stopasianhate #humanity #love #therapy #TuiSwe ...

Hey everyone, stop being so closed minded where it comes to #massage as #deeptissue is not the beyond all of massage treatments. Open your mind and experience what the world of massage #therapy has to offer.

What are you doing to beat the Monday blues? There is always a way to make it a brighter day, especially when you receive a quality #massage
.
.
.
#happy #motivationmonday #ceo #chill #TuiSwe #tuiswemassage #health #relax #destress #love #humanity #administrativeassistant #office #onsitemassage #charitywork #giving #beautiful ...

Well people, that's enough of my poetry, but some of the most #beautiful looking people in the #world, are actually some of the most self centered, greedy, rude and selfish people you can ever meet, who feel they are better than you based on a number of things, such as looks, race, money and even follower count etc.

Don't stoop to their level and carry on being that beautiful person you are, both inside and out, spreading joy, #happiness laughter, #respect concern and love to your fellow #humanbeings

I was reminiscing about the good old days at Bliss #Spa #London, which closed down some years after I moved on and I came across an article in #Vogue stating that they were back in the UK, but that's only their products. Bliss was one of the better paying, more down to earth, but professional spas in #London at the time and it was the first international spa/brand I ever worked for. It was also a spa which intentionally looked for the very best specialists in their field(s), who honed their skills specifically in either body therapy, nail treatments or beauty therapy, thereby giving every client, the very best professional suited for their particular treatment(s).

Unfortunately these days, many spas don't value specialists and have become like an owner of a private hospital, who would employ a GP to carry out endocrinology, heart surgery, psychiatry, neurology, podiatry, ophthalmology and so on, whilst paying them very little. All you need do is to look at spa treatment menus, which many appear to have grown extensively over the years.

Before attending any spa, do some research online, read reviews (making sure to look out for names of professionals listed, so you can possibly request them), call the spa, firstly inquiring, as to which of their professionals do all of the treatments (taking down names) and which specialize in a certain field. Make sure that you are getting the very best person(s) for the job, as spa treatments are not cheap.

Hey, what are you doing this Black History Month? Probably you will be going to watch a play at the #theatre checking out some Black History exhibition, or you're unsure of what you would like to do.

Well if none of those take your fancy, why not book a massage with @tuiswemassage and find out how doing so, can help some of our future young entrepreneurs.
.
.
.
#blackhistorymonth #blackhistorymonthuk #TuiSwe #massage #London #mobilemassage #humanityfirst #people #love #culture #rhythm #soulful #Caribbean #Africa #SouthAmerica #blackdiaspora #reggae #hiphop #soca #carnival #jazz #kizomba ...

It's amazing how many people there are, who are just about #vanity #greed & #discrimination who have no compassion or consideration for their fellow human beings. Some people will not give to a charitable cause, especially if it's #Black or #Asian related, yet they will do so if it's a related to a disease that a loved one died from.

Some people may see you everyday at work, with no form of greeting, or they pretend they don't see you, yet they will bend down to pat, hug and even say hello to some strangers dog they have come across in public for the first time.

Now I'm preparing to get back on my mission for #humanity and it's going to be interesting to see how many noes and yeses I get, based on the causes I am helping & me being a Black male massage therapist
.
.
.
#TuiSwe #TuiNa #Swedish #love #beautiful #children #care #happiness #onsitemassage #corporatewellbeing #equality #humanityfirst #justoneday ...

Stay tuned for this interview, there's some real benefits that we'll be offering. 🎯🙏🏽
.
.
.

Had a mishap last weekend and injured myself quite badly. Had a couple of treatments this week by @handsofchi_ and feeling ever so much better, so it will be back to work for me #Tuina #massage #TuinaFamily #China #TCM #TuiSwe #London ...